Harrrrr Mateys
Yer Cap'n be impressed with the poems ye mateys wrote Harrrr. They were great Harrr. Today for Cap'n Maverick school of Piracy we are going to talk about Pirate ships Harrrrrr. 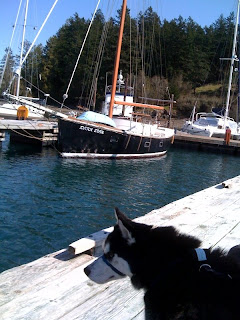 This be a great pirate ship that Kat has found Harrrr. It be a pirate Sloop Harrrr. It has a Rapier like bowsprit almost as long as the hull that lets the canvas sail move the ship very nimbily Harrrr. in good winds a square topsail gives it an more speed, it could go over 11 knots at times and can carry 75 pirates and 14 cannons on the ship Harrrr. 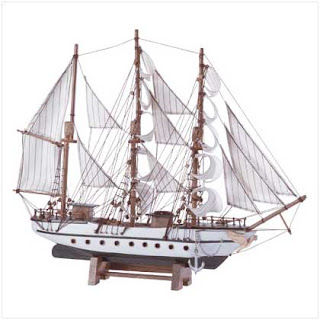 Harrrr this be a Schooner it was often used by pirates in North American and Caribbean waters. In a stiff breeze it could go about 11 knots Harrr. It could carry a crew of 75 men, 8 cannons and four swivel guns. It was also an ideal ship to manuver in shallow waters Harrr. 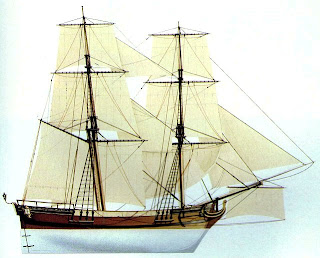 The Navy Snow. The Royal Navy favored this vessel for patrolling the waters for pirates Harrrr. It is manuverable and can go at good speeds, can carry a crew of 80 Harrr. That be a lot of Royal navy men Harrr. 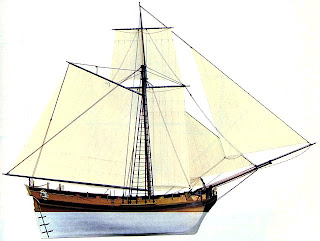 This be a Naval Sloop, a fast ship at 113 tons, 65 foot ship that can carry 70 men Harr. It could also fit oars thrugh small openings between the gun ports to pursue pirates Harrr. In good weather the naval ship could fire 12 nine poundscannons at the rate of 2 rounds every three minutes Harrrrr. Watch out for this ship mateys. 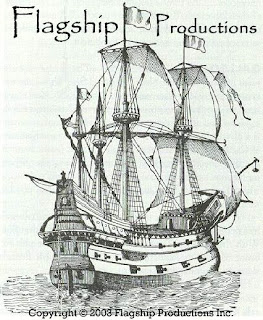 This be a flag ship Harrrr. It was valued for its size at 350 tons and 110 feet. This ship was more for long voyages and crewed by a 150 pirates to 200 pirates, could hold over 20 cannons and has a great cargo capacity. 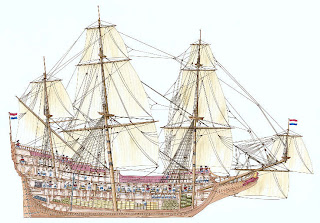 This be biggest merchant vessel the East Indianman. It was built to carry the wealth of the orient at 700 tons and measured 160 feet at the main deck and 34 feet at the beam. It could hold 54 cannons and crew of 300 Harrrr. 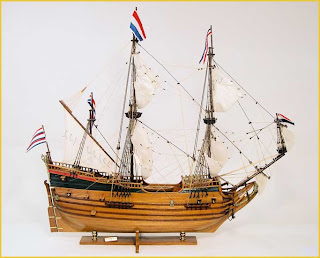 This be a Dutch Flute. It was introduced in the 17th Century Harrr. Inexpensive to build and easy to afford, it could hold about 12 pirates. These be good prey for pirates Harrr. 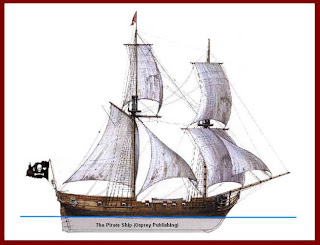 This be a Brigantine. It was the chosen combat craft of many pirates Harrrr. It is a two masted vessel. It was very versatile with square sails driving the ship at its best in quartering winds. The ship is 150 tons, can mount 10 cannons and carry 100 pirates Harrr.

So mateys, what be yur favorite ship?
Cap'n Maverick the Pirate

Posted by Maverick the Pirate at 3:15 PM

Forget sailing too much work! We like our powerboat! it goes fast!
-Kira The Navigator!

NAK and The Residents of The Khottage Now With Khattledog said...

It looks like there are as many ships and vessels as there are kholours fur Siberians!

I never knew there were so many types of ships! I don't think I saw that many when I found the one in that picture.

Hi, Mav!
All those ships are pawesome.
I like specially the East Indianman!
Have a good night
Kisses and hugs
Lorenza

My favourite is the Brigantine. I think I just like the name.

Ships! Ships! Ships!
We love ships. Here in our new home in Newport, we get to see lots & lots of them, too. When we moved here, they had a Tall Ships Festival and all sorts of ships like these docked into port. We even watched them float by during the parade of ships. Our favorite pirate ship was The Black Pearl, it was AWESOME!
Our mom's still working on how to identify the different types of ships, they sure are a lot!

Wowzers! Those are ALL cool! I haven't seen a ship on the Kansas Ocean yet, so I'll just go with my bestest friend Huffle and say I like the Brigantine best.
Play bows,
Zim

I love that Sloop! I could get one and steer it in circles, and call it my Sloop Loop! (I like Fruit Loops)
ECHO

Hi Cap'n Maverick, sir! Hmm... it's hard to pick. I think I'll go with the Brigantine because it's got a nifty pirate flag.

What's a ship? I must say, Maverick, you do confuse the Mango every week about this time.